From an early age, as a culture, we are heavily programmed to fall in line and surrender to the hegemonic systems that gain from our obedience. From commercial advertising to television and radio programs, films, music, entertainment, video games, podcasts, social media platforms, and any other consumable media including newspapers, magazine, and books. We are conditioned and taught early on not only what to think, but what to think about.

The owners and controllers of such media call it a TV “program” for a reason. This extends across digital and analog program content across a variety of forms. It’s the literal programming of your brain, the wiring and re-wiring of your neurosynapses and your thought patterns.

This “program” is intended to inform the decisions about who you are and what to believe, who to admire, who to fear, who to love, who to blame, what to buy, who to vote for, who to shun — shaping and guiding you along the way. The repetitive, perpetual programming of beliefs, ideas, behaviors, preferred actions, choices, wants, needs, desires, dreams, self-identity, lifestyle, sexuality, what is feminine or masculine, what is culturally and socially acceptable, and the endless list of “programs” and orders to follow, obey, and adopt.

We are rarely encouraged to question authority, challenge the status quo, or dare we be empowered enough to question the system itself and the foundation it stands. Critical thinking is an essential skill that desperately needs to be exercised often to counterbalance the fear-mongering, the propaganda, and the corporate-owned script and “prescription” of the pre-constructed ideas they want to instill, ingrain, and frame in your brain. Their psychological tactics of brainwashing and the cleaning out of your own identity and self, through their deliberately pushed and highly crafted messaging — is not an accident or from a place of naivety. Obedience, and directing the narrative to shape their agenda that greedily lines their pockets and audience/society/crowd control — is their goal.

What you tune in to and allow is your choice if you can maintain your individuality amongst the sea of conformity, brainwashing, and scripted narratives. Critically thinking, reflecting, and taking personal inventory of what to prioritize takes being proactive and awake. This means taking ownership of your media consumption and being astute to mass media motives. It also takes initiative to be an active discerning information seeker and independent thinker, instead of a repeater and parroter of the popular or mainstream corporate-influenced scripted narrative to comply, buy, consume, obey, conform, and repeat. 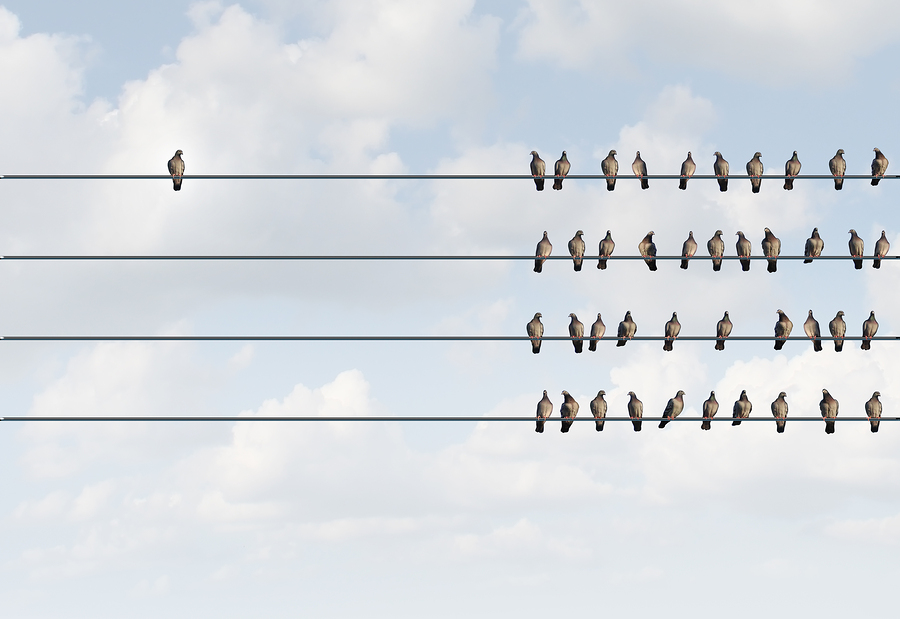 Recognize where the media content is originating from and where you are paying with your attention and precious time. Notice where you are being pitched and sold to the highest bidder in this slick game of clicks, likes, follows, and eyeballs.

Not all media consumed is destructive, full of coercion, or perpetuates a broader agenda to comply, fall in line, or obey. Yet, it is all constructed and carefully designed for a targeted demographic, viewer/reader, and user. Know the sources of your information, follow the money, and discover who owns the media to which you subscribe. Dissect, deconstruct, and decode the offered messages, and become media literate and savvy.

How you consciously navigate through the landfill of Machiavellian media is up to you. Will you be a freethinker capable of critical thought and independent of the programmed commands? Or have you already succumbed and surrendered to the “obey” modus operandi and isn’t it time to course correct and deprogram?

Fall in line or align to your independence and soar.

To sign up for pre-launch platform updates, visit Medel.la.

View all posts by gone

One thought on “Are you programmed to fall in line and obey?”